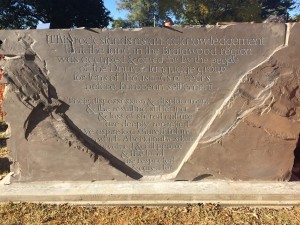 Braidwood recently celebrated its 175th Birthday. There is little indication in the town that the land it is built on was occupied by Aboriginal people for tens of thousands of years prior to European settlement, and no acknowledgement of their forced dispossession.

The Dhurga Rock project will mark an important step towards addressing this, healing past trauma stemming from injustice and losses, and creating a shared future where indigenous history is acknowledged, and indigenous culture valued.

Braidwood community includes a strong and vibrant arts scene, so it is very appropriate that this acknowledgement take the form of a permanent and beautiful work of public art.

The project was initially developed in discussion and consultation with Walbunga Elder Uncle Max Harrison and his family, all of whom strongly support all aspects of the proposal. The Batemans Bay Local Aboriginal Land Council have also been consulted and have provided enthusiastic support for the project.
Many local Braidwood groups and individuals are also involved, and strongly support the project.

A monumental piece of Cambrian period slate from Mintaro in the Clare Valley, SA, with engraved hand cut inscription by local artist Ian Marr, in collaboration with Aboriginal artist Noel Butler,will be permanently installed in the main public park in Braidwood.

One face of the Dhurga Rock with be inscribed with words of acknowledgement and respect from the non-Aboriginal community. On other surfaces of the Rock will be carved symbols/artwork/words chosen and created by the Dhurga people, and representing aspects of their history, art and culture.

The two key artists will facilitate a series of workshops to develop concept and design for the project. Students from both Braidwood schools will participate, as well as interested adults. 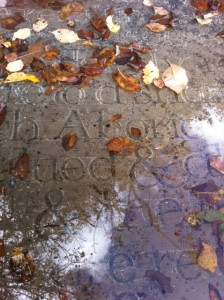 The Dhurga Rock will stand strong as a
permanent monument recognising the importance of the Aboriginal history of this area, and the value and richness of Aboriginal art and culture.

Noel specialises in wood carving, engraving and wood burning patterns. Creating art from logs and tree stumps to producing boomerangs and spears by utilising the natural features that exist.

Our 2015 Poster by Franki Sparke 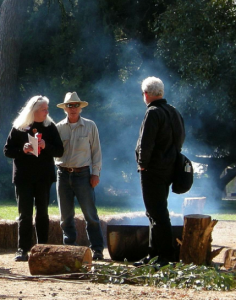 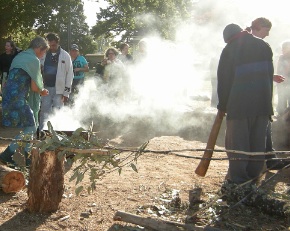